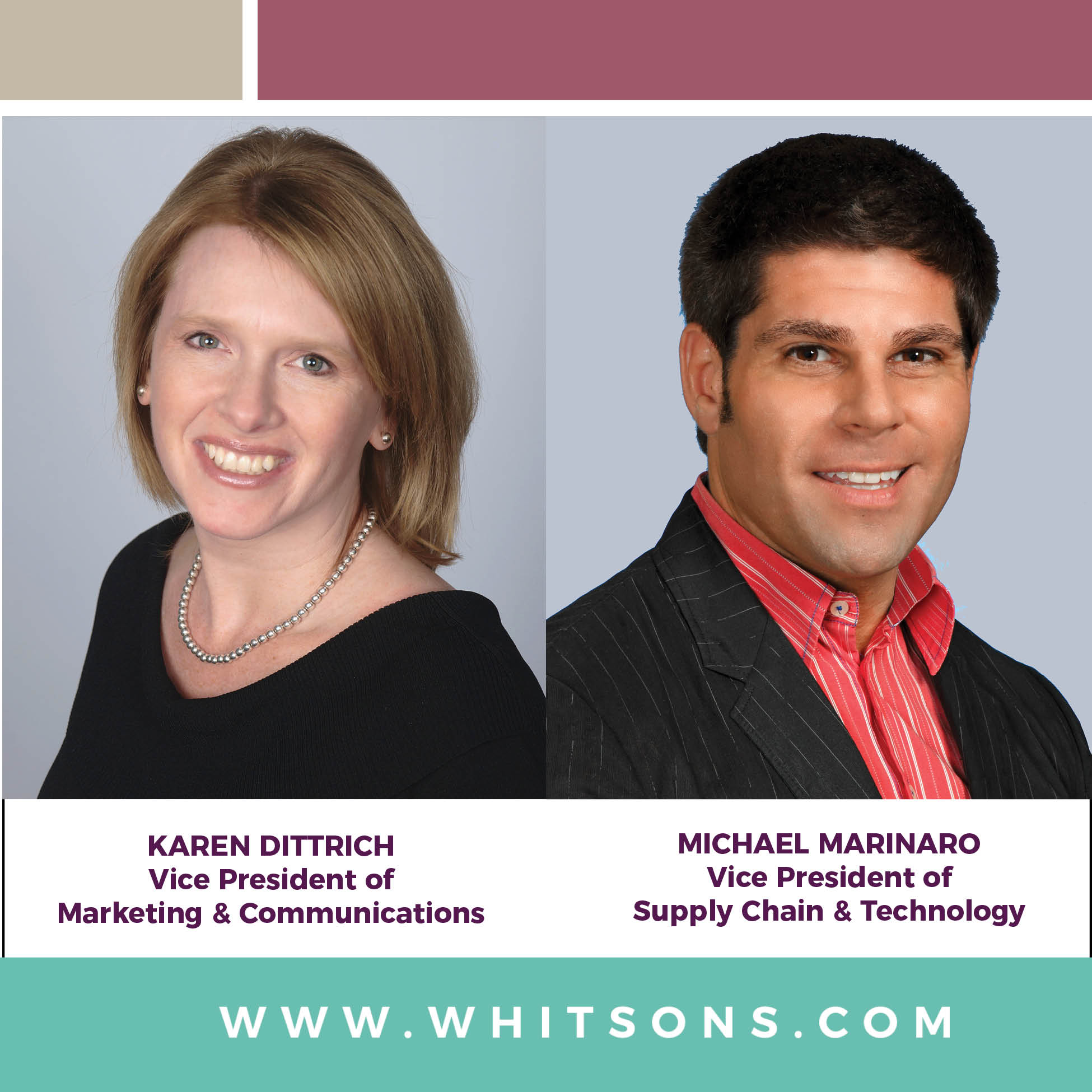 Michael Marinaro has been promoted to Vice President of Supply Chain & Technology. Michael has been with Whitsons since 2001 and is responsible for overseeing supply chain management, including distributor and manufacturer relations and new, innovative products. He is also responsible for the company’s overall technology strategy, including infrastructure, communication systems and Whitsons’ proprietary Dine Central, intranet and ERP/MRP systems. Michael holds a degree from Hofstra University.

Karen Dittrich has been promoted to Vice President of Marketing & Communications. Karen has been with Whitsons since 2016 and brings over 20 years of marketing, communications and operational food service experience. She holds degrees from Clarkson University and The Culinary Institute of America. Her passion for the food industry started while working at her family’s restaurant and hotel business. As the VP of Marketing & Communications Karen is responsible for the development, integration and implementation of a broad range of marketing and public relations activities relative to the strategic direction and positioning of the organization and its leadership.

“We are pleased to promote both Michael and Karen, and thank them for their contributions to Whitsons,” said Paul Whitcomb, President and CEO of Whitsons Culinary Group. “We look forward to their continued success in driving our business forward.”